Deterministic or Chaotic – where do predictions land?

We all love making predictions. From weather forecasts to financial markets, from astrology to psychology, we human beings are so fascinated, if not obsessed, with predicting things.

Some people (scientific realism) may believe that, through physical laws, mathetics equations, and computer models, we are able to make all predictions and understand previous thoughts of “unpredictable”. If this is true – are everything that happens in our life all pre-determined? So we will only need enough computation power to solve them all out?

Yet, in the early 20th century, quantum physics introduced the famous/notorious Uncertainty Principle at the particle level. Followed by the Chaos Theory which set a limit for weather forecast at the macro scale in the 1970s. Then – would it be that everything just occurs on contingency and coincidence?

This post would like to touch on two intriguing ideas on the predictability of everything in physical laws that govern the world, and extend to the oncological level fascinating question – do we have freedom from pre-determined physical laws or they are just random chaos?

Between these two ends of deterministic and random regimes, I believe, is where freedom resides.

The Laplace’s Demon – a super-intelligent knows everything

Since the late 1600s, after Issac Newton had discovered the law of motion (F=ma) and universal gravitation (Fg=G(m1m2)/r2), everything seems predictable. These founding works exceptionally well to explain the movement of astrology, all the planets, and the moon. Not to mention the famous appearances of Halley’s Comet on the interval of 75-79 years.

These findings revealed the great potential and human confidence in predicting everything around us, we just need to know the governing law and then compute them. This total deterministic idea led to a famous concept by the French mathematician, Pierre Simon Laplace, who once put out a conceptual idea of an intellectual being called the Laplace’s demon.

We may regard the present state of the universe as the effect of its past and the cause of its future. An intellect which at a certain moment would know all forces that set nature in motion, and all positions of all items of which nature is composed, if this intellect were also vast enough to submit these data to analysis, it would embrace in a single formula the movements of the greatest bodies of the universe and those of the tiniest atom; for such an intellect nothing would be uncertain and the future just like the past would be present before its eyes.

Laplace’s demon is so intelligent to know the current state of the universe, the position, and momentum of all particles, and how they interact with each other. By applying the physical law, in addition to being powerful, computationally, Laplace’s demon is able to solve them and get an answer to any question we have in mind.

To Laplace’s demon, there is no future to be uncertain, just as in the past, because all the states are already pre-determined – what’s happening is just a manifestation of these states under the governing law. In this viewpoint, the future is fixed – there is nothing we can do about it.

The Lorenz’ Butterfly – chaotic storm lies beyond our grasp

People often hear about the famous title from Lorenz’s paper in 1972 – “Does the flap of a butterfly’s wings in Brazil set off a tornado in Texas”. Then came the butterfly effects – where a tiny small part of the cause could explode exponentially and make catastrophic aftermaths.

Lorenz’s story started as a forecasting meteorologist for the US Air Force during WWII and after that worked on weather models at MIT after the war. The weather model was comprised of a set of primitive atmospheric equations (non-linear, partial derivative equations) that printed out results from every timestep as the calculation went on. Sorry at that time there wasn’t a screen to show the results yet – they had to be printed out. While the paper was limited in length, Lorenz would need to write down the last results from the last timestep for the initial start in the new model run – this was known as “restart”.

Here is how things get interesting – after one restart, Lorenz found that the new run showed much more drastic and dynamic weather conditions to what was calm and peaceful by the end of the last run. He tried several times to repeat these conditions and restarted again – he recorded the exact numbers from the last run and put them down as new starting points – but couldn’t have repeated the old results.

To his confusion and suspicion, he found out that it was because of the decimal units in the printing results – the computer model calculated based on six-digit numbers while only three were printed out. So if Lorzen tried to put the three-digit printed results as the new input, he would have missed the condition by an additional 0.001 (what a tiny bit of error!), known as the computer truncate error. 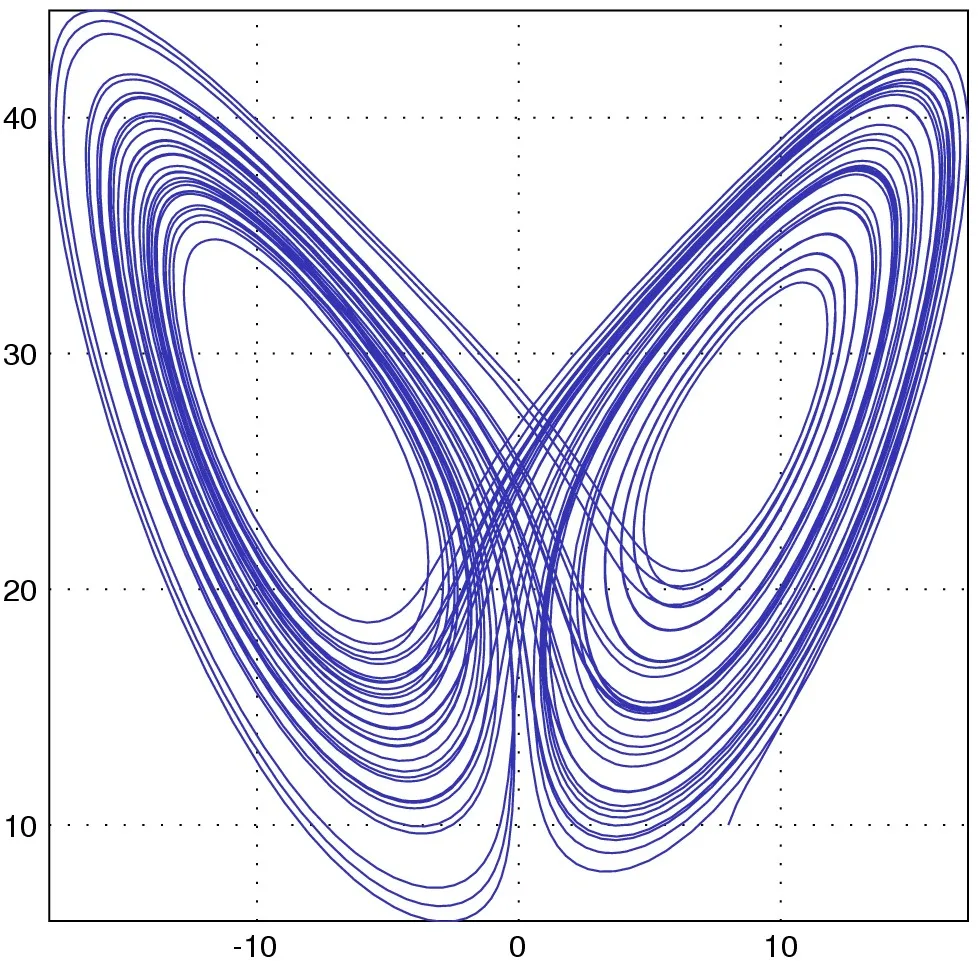 There are much larger implications from Lorenz’s findings, but let’s start with the prediction question. In direct contrast to Laplace’s demon, what Lorenz showed in his model was, that even a tiny bit of uncertainties apart from the current state of any particle may propagate into huge error through non-linear partial derivative equations. Even to our best knowledge, we just can’t get to know the exact condition of the current state – we can get very close, but just can’t get there.

But is there something we can do? While Lorenz’s finding would be a bit depression or a bit setback to previous deterministic optimists – it is actually setting a limit to our predictions. For example, the current weather forecast could extend to as long as 21 days before the weather system becomes “chaos” – unpredictable information and any traits from it.

Also, to look on the bright side, if we cannot use one single model to predict one deterministic future, we will just use multiple (large). That is what the current strategy is. For example, in the European Centre for Mid-range Weather Forecast (ECMWS), an ensemble forecasting system, consisting of 51 model members, would produce 51 outcomes, each with some disturbances in the initial conditions. So that even if we don’t have complete confidence in any one of the models, but get more information when some models show convergence. Some little hope in the weather forecasting, rather than complete chaos.

Finally, I want to conclude this post by quoting the 1994 Oscar-winning movie “Forest Gump”, by telling a great story that keeps people from rewatching it. In particular, I remembered two lines from the movie that are simple but inspiring and actually teach me something. Also, they are a great way to close today’s topic. 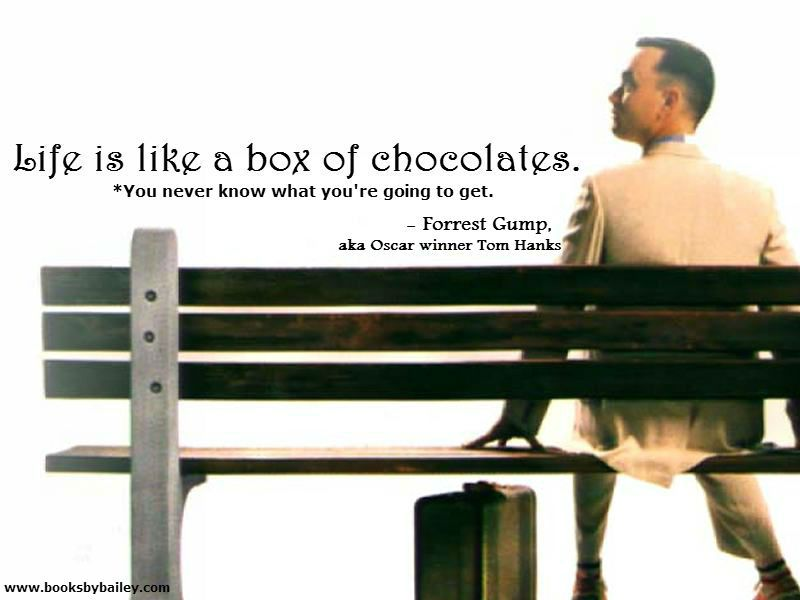 “Life is like a box of chocolates; you never know what you’re gonna get.”

But Lieutenant Dan told him the opposite –

“We all have a destiny – and mine was to die in the fields with my platoon”.

By the end of the movie, Forest had a famous line before Jenny’s grave –

“I don’t know if we each have a destiny, or if we’re all just floating around accidentally, like on a breeze. But I think maybe it’s both. Maybe both are happening at the same time.”

Maybe, our world surrounding us was so huge and so predetermined – it all feels like a god or destiny overruling our lives – like Laplace’s demon. However, when we look at Lozen’s Butterfly, it actually frees us from the deterministic view and creates an open space where tiny small changes can take place and accumulate into big storms.